Another afternoon of thunderstorms is expected again today, the difference being the thunderstorms that initiate this afternoon have a higher likelihood of becoming severe, with some quite damaging consequences if they do reach that status.

As Meteorology is an inexact science, there is no way to know for sure if any storms will become severe, where they will impact if they do and the timeframe in which they may do so. The field is ever expanding its research in order to produce as accurate predictions as possible, in the meantime, we will have to rely on what we have available to us at this stage, computer modelling coupled with manual human input. 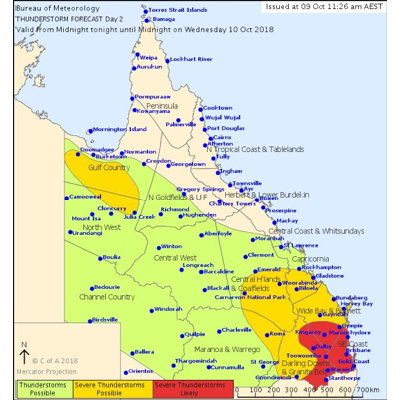 Currently, the entire continent is covered by a series of low pressure systems, which are responsible for the stormy evenings we have seen thus far this week. The reason we are expecting much more serious storms to eventuate this afternoon / evening is due to a quite a cold Southerly change that is due to surge up the coast later on. The timing of this change, along with where the storms are located as the change comes through as they travel from Western regions, including the Darling Downs, Lockyer Valley and Scenic Rim areas, will determine which suburbs will be the worst affected. At this stage, it appears to be more likely the coastal areas.

It mightn’t be a bad idea to put your car undercover and do a quick tidy up of the yard, just to be on the safe side! Don’t be scared, be prepared. 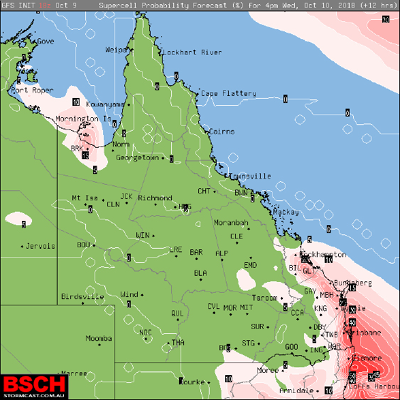 A chart depicting the supercell probability for 4pm this afternoon. This chart, along with others is available from www.bsch.com.au

Monday was the start of Queensland’s ‘Get Ready’ week. Is your home prepared? Have your secured any loose objects in your yard (including trampolines, which have a tendency to get airborne is some of the gusty storms)? For more information on how to prepare your home for severe weather events, click here.

From tomorrow until Thursday, we can expect to see periods of rain, with the heaviest falls of between 30mm-60mm predicted by the Bureau of Meteorology to fall on Saturday. 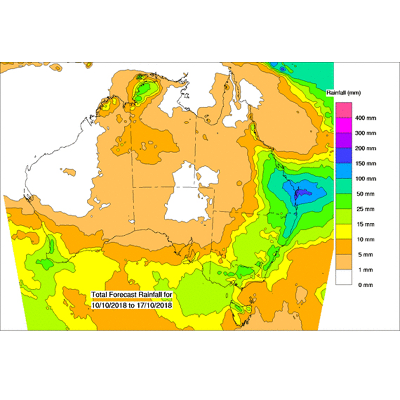 Another wet weekend ahead to plan for, I think this spider knows what it’ll be doing, staying nice and dry inside! 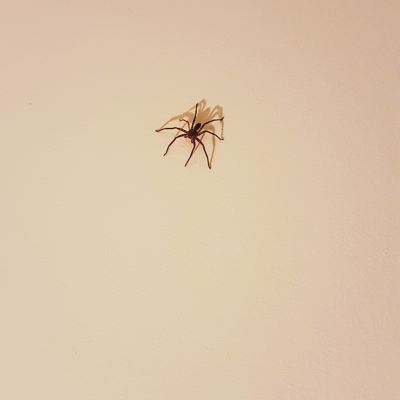 The harmless Huntsman always knows when the rain is coming!