Flood Watch for coastal catchments south of Caboolture to the NSW border and southern inland catchments.

Weather agencies have been struggling to provide an accurate forecast on which areas will be impacted and exactly when the rain will hit but the consensus now appears to have been reached. 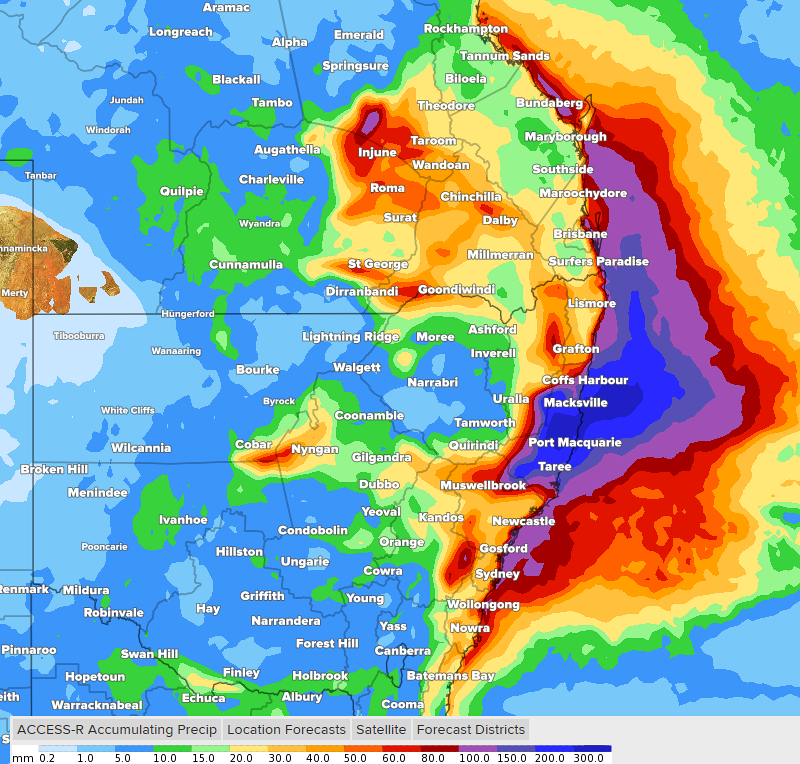 Minor flooding is possible from Thursday across parts of the Flood Watch area.

South east coastal catchments: Heavy rainfall that was expected during Wednesday is now likely to commence Thursday morning and continue through to Thursday night. Some heavy falls are possible particularly in the south. Unsettled conditions will continue into the weekend with further showers and thunderstorms expected.
Southern inland catchments: Persistent widespread showers, thunderstorms and rain areas are expected over southern inland catchments during Wednesday and are likely to continue into the weekend. Locally heavy falls are possible.
Catchments in the Flood Watch area have received rainfall over the last few weeks so will respond to heavy rainfall.
Riverine flooding is possible from Thursday, particularly coastal catchments where the heaviest rainfall is expected. Several days of showers and thunderstorms over inland catchments may cause river level rises into the weekend.
Localised flooding and minor disruption to transport routes is possible throughout the Flood Watch area.
Catchments likely to be affected include:
Pine and Caboolture Rivers