USC’s new state-of-the-art campus at Moreton Bay, which has attracted 1,800 students since opening in February, has just been recognised with a top construction award. 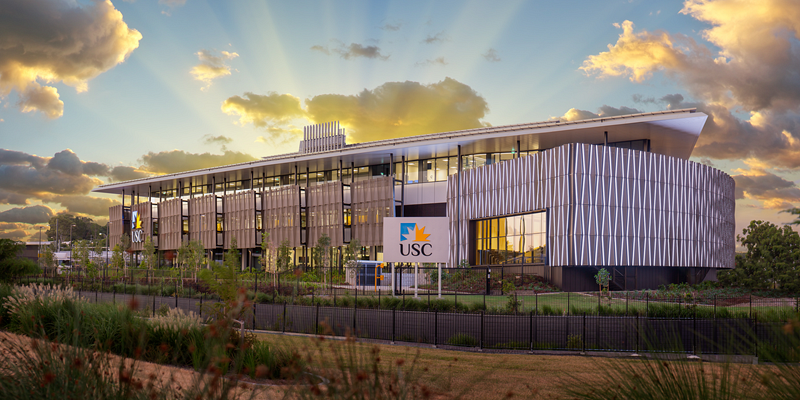 The project team, led by Hansen Yuncken, won the Master Builders Association Award (Brisbane) for an education facility over $10 million at the 2020 Housing and Construction Awards and is now in the running for the Queensland state finals in October.

USC Chief Operating Officer Dr Scott Snyder said the win recognised the achievement of an exceptional project team, and the completion of a world-class facility that would become a long-standing knowledge and innovation hub for the Moreton Bay region.

“It has everything you’d expect from a modern university, including a 460-seat capacity auditorium, $15 million worth of state-of-the-art technology, nursing simulation and science labs, engineering labs as well as a library, student support facilities, a café and shops.”

Hansen Yuncken Queensland State Manager Greg Baumann said the award was a tribute to how the team worked with USC to deliver such an ambitious project.

“The attention to detail, workmanship and level of quality on this project speak for themselves and these awards are a terrific recognition of the team’s hard work and effort,” Mr Baumann said.

The foundation building is the first stage in a planned 10.5-hectare university precinct that will form the heart of The Mill at Moreton Bay, a vibrant civic, cultural and educational precinct planned by Moreton Bay Regional Council.

It was designed by award-winning architects Hassell Studios.