It’s knocking on our doorstep. 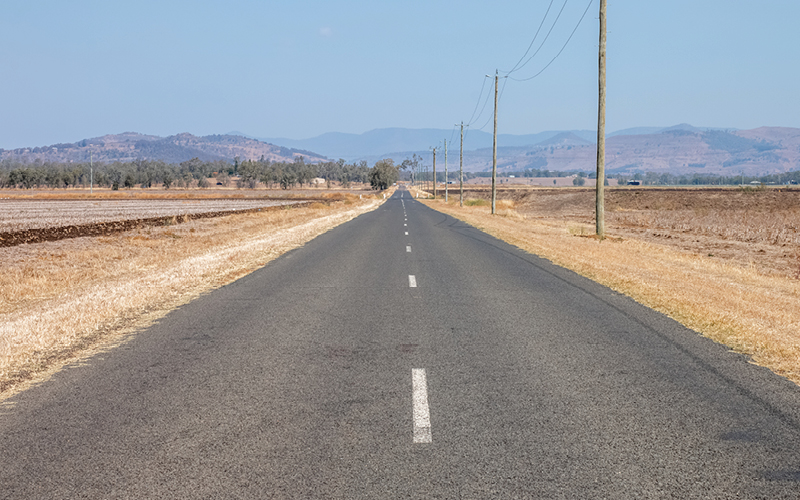 Pictured above is my home town.

A tiny locality in the Lockyer Valley called Glen Cairn. There are no shops. Only farms and sheds with a few houses scattered around and a magnificent view of the great dividing range. My childhood consisted of feeding poddy calves and eating the sweetest watermelons you could only dream of, grown by my Grandfather in the paddock across the dirt road from my family home.

The Lockyer Valley lies one hundred and fifty kilometres to the south-west of North Lakes. Located in the Western most part of South East Queensland, the region grows the most diverse commercial range of vegetables and fruit of any area in Australia and represents 12-14% of the Queensland agricultural economy.

Known as one of the top ten most fertile locations in the world, the area has been drought declared since May 2018.

At the time of writing, 66% of the state is drought declared, with parts of Northern Queensland, Central Queensland and the coastal fringe of South East Queensland being the only exemptions.

For now. The drought is bearing down on us as well.

Will we get rain anytime soon?
The Bureau of Meteorology’s Spring / Summer outlook is grim for rainfall prospects. A phenomenon is currently taking place over Antarctica called a ‘sudden stratospheric warming’. A very basic summary of this event is that we will see the polar vortex reverse. The effects we will see from this include increased temperatures, rainfall decreased and heat-waves and fire risk rise. This is one of the major factors that will dictate our weather in the upcoming months. 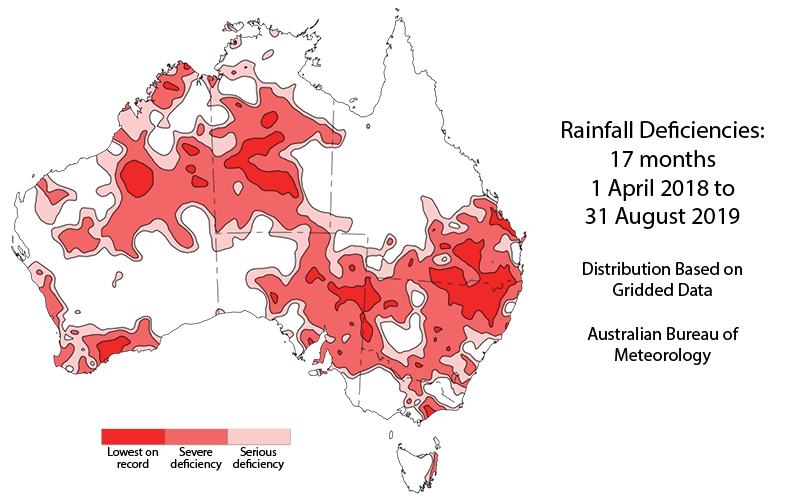 The thirsty ground
Soil moisture normally increases during Winter, however, for most of Queensland and New South Wales the soil moisture actually decreased. Dry soils leading into Winter have soaked up the rain that has fallen, resulting in limited runoff and inflows into the major water storages across the country.
Some regions did receive enough rainfall to grow crops this cool season. However, northern New South Wales and southern Queensland didn’t see an improvement in their severe year-to-date rainfall deficiencies over Winter.
In fact, the area of the country that is experiencing year-to-date rainfall in the lowest 5 per cent of historical records expanded.

Dam fullness percentages
Currently, our water supply dams, Wivenhoe and Somerset are at 52.1% and 70.7% respectively. Water restrictions are a very real possibility in the near future. During the ‘Millennium drought’ which spanned from 1996-2010 (broken by the 2010-2011 floods) water restrictions gradually increased up to Stage 6, which came into effect at the end of 2007 and saw people being fined for using water unnecessarily.

Intense bushfire season predicted
A dry end to 2019 is likely, the Bureau of Meteorology reports. Chances are the remainder of 2019 will be drier than normal for most of Australia. We’ve already seen a spate of devastating bushfires with Queensland Fire and Emergency Services warning that there is an increased bushfire potential this season. 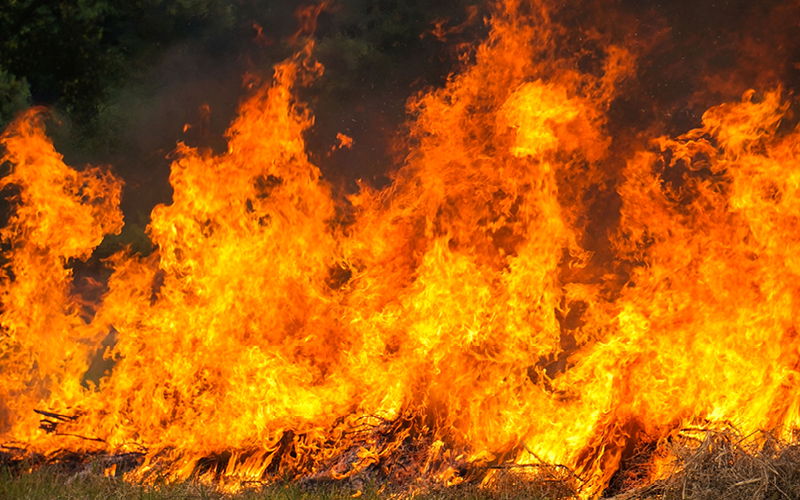 What can we do?
Visit the Lockyer Valley, spend your money locally. There’s lots to see and do! Visit https://www.luvyalockyer.com.au to learn more.
Support rural communities and Aussie farmers by donating to https://www.buyabale.com.au/
Buy Australian produce! 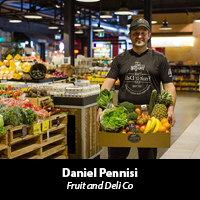 You recently travelled out to Stanthorpe to deliver a care package to farmers and locals alike. Can you tell us what the conditions were like and how the locals are faring?
It was horrendous. As soon as we got fifty kilometres past Ipswich you could see how the small growers especially, are suffering. All of the apple trees in Stanthorpe had nothing on them. They can’t be salvaged now. It is an absolutely devastating sight. Some of the larger farms have some greenery. Strawberry farmers are saying they think they won’t be able to plant their crop next season. There’s a lot of angst there, a lot towards the politicians. This has been a subject that’s been around for awhile. For years they’ve been saying, “We love the land’ but now they’re saying, “Stuff it. Plow the crop in an go and work for the bigger companies.” The response from the city people gave them some hope. They’re finding no matter who they speak to, there’s no action and it’s all eroding below their feet.
What are your thoughts on the current drought situation?
I think the people that can make the biggest difference is the shoppers. The supermarkets dictate the market. The best thing they can do is ask where it’s from. If it’s local, buy it! Stop being so picky and support locals. Eat produce that’s in season in our region. People need to take interest in their food and ask where it’s from. “What’s local, what’s good?”
How is this affecting produce locally?
Loss of quality cosmetically. Most times it’s pretty good but people have a Google image in their mind so a lot doesn’t even get sent to market with farmers being aware of that. This then means the supply doesn’t meet the overall demand because of that. The customer buys something that looks good and the problem is it is ripening faster than it would in a good season. If the produce hasn’t had enough water, for example cauliflower, it’s only lasting 3-4 days. The conditions play a big role in the quality. When it’s grown locally, its used to our climate. Veggies grown in other states tend to not last long because it’s not used to our environment. There have been gaps in the market, we’ve had to look outside our region to fill the shelves. The supermarkets have quite often got first dibs, so that puts the price of stock up for the remainder of the buyers. So they take 70% out of the market and we fight over the remaining 30%, pushing the prices up for us.
What effects will this have on the consumer?
The price. Supermarkets purchase bulk amount of stock so their prices don’t change for a few weeks, whereas for us it’s pretty instantaneous. Corn, bought 2 weeks ago and stored by supermarkets, remains the same price. We purchase items picked four days ago. The market price changes due to the drought. Price fluctuations due to the drought have to be passed onto the consumer. 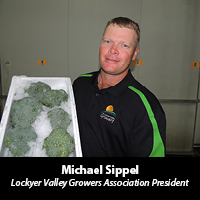 How are you affiliated with the Lockyer Valley farming industry?
I’m the fifth generation of a farming family. I studied Horticulture at Gatton University and got into the seed industry. I came up with the concept for the Growers Association six years ago. We became incorporated and today we are quite a strong entity in Queensland.
How many droughts have you seen and how would you rate this one by comparison?
I can easily answer this by saying this is the worst. Our underground water has run dry. There’s been such a lack of rain and for such a long period of time. We’ve always run low but you at least get a little bit. The soil moisture is so dry, it’s dry a long way down. That’s the real difference this time.
What’s the general outlook for farmers in the region this season?
There’s not a lot of optimism. At the start of Winter we had some water, we don’t tend to use as much water for those crops. The Summer crops need more water and there’s barely any water in the bores. The water quality in the bores is also not very good. Back in March there was good optimism that demand would be okay but Victoria grew more which has led to overproduction. Farmers here have been paying more for power and wages. No one made any money here during Winter. A lot of people are worried about what next Winter will bring. To start farming again in January is a scary thought for many.
What are the impacts for the future of farming?
I lie in bed worrying about the future of farming. Worried about the families it affects. I don’t think the average household values farming. People walk in to supermarkets and want their fruit and veg but don’t think of farmers. I’m worried that unless the Government really steps up, the future of farming is gone. Where is the waste water from cities going? We could be using that! The water is there, but it’s going out to sea. We need to realise we live in a dry country but we need fresh food on the table. At the end of the day we need the water to grow it. We really need to look at we’re how we’re going to grow food in the future. In the last 20 years, just in South East Queensland alone, we had eighty onion farmers, now we only deal with about ten major onion growers. Where have they gone? What will it look like in another 20 years time? The smaller growers are being pushed out and if the bigger farmers don’t have water, do we import the water from overseas? Or do we import our produce from overseas?
What can we do to resolve this issue, in your opinion?
More consultations with politicians to figure out a plan. Minister for Agricultural Industry Development and Fisheries, Mark Furner and Premier Annastacia Palazscuk have not been to visit and see how it is. We need some action. We need some dams. When it rains, it rains! If we had caught the water from 2011 we would be okay now. There’s been no dams built since Sir Joh Bjelke-Petersen’s era. We need to be capturing all the water and then we need to make it affordable! If water costs us too much, how can we grow food that is affordable for families? Farming is hard work and often a thankless job. If we don’t look after them, there will be none left. We’ll lose them to mining and other industries. Farmers are paying for water that is just not there. Lake Clarendon is dry, so why are they still getting billed?
Is there anything you would like for people to know?
I want people to know that we’re in trouble. It’s not just all media hype, it’s actually a very serious situation. 25-50mm of rain won’t fix it. We’re going to need a long Summer of steady rain to fix the soil. I want people to understand where their food comes from and respect that. Look at your labels, teach yourself, buy Australian grown. Even your tinned tomatoes, pineapples, a lot of them are imported! If the milk industry keeps going the way it is, we won’t have any dairy farmers left. What will we do then? Drink powdered milk? Make a conscious decision to buy Australian grown and pray for rain, it seems like that’s all we can do.