Local Mum Amanda has been impacted first hand and is on a mission to bring about conversations on this unspoken issue, in the hope that she may help others and raise awareness.

Shaken Baby Syndrome (SBS) or Abusive Head Trauma (AHT) as it is now more commonly referred to, is more frequent in Australia than low speed run-overs, drownings and childhood cancers.

It is a widely under-reported and frequently misdiagnosed form of traumatic brain injury. Considered a form of child abuse, the number one reported trigger for SBS is frustration with a
baby’s crying.

As many as 1 in every 3 children that are the victims of Abusive Head Trauma will die as a result of their injuries. Of those who survive, as many as 2 in every 3 will live with profound and permanent disability.

The implications of this abuse are far reaching.

For local Mum Amanda, she knows this only too well. Her twin daughters were born prematurely, weighing a mere 2.5kg each at birth. After the horrific incident, Amanda was told her daughter, Sarah, would not survive. Her life support system was turned off, but proving herself to be an absolute fighter, Sarah continued to breathe on her own.
Sarah was left with permanent brain damage, she is blind, requires feeding via a tube, is unable to walk and has a myriad of other health issues.

Amanda took her daughter home from hospital and through her hard work, dedication and determination, she has just celebrated her daughter’s sixth birthday. For the occasion, Amanda organised a very special meet and greet with Emma, Simon and Lachy from the Wiggles who sung Happy Birthday to both the girls!

Sarah continues to defy the odds and attends special school while Amanda works part-time. Amanda is an amazing Mother and leader, a true example of what real love and resilience looks like.

When funding for the purchase of a modified vehicle for her daughter did not eventuate, Amanda contemplated putting her daughter into permanent care after six years of caring for and supporting her girls, as the physical and mental repercussions had become very difficult to manage as a single parent. 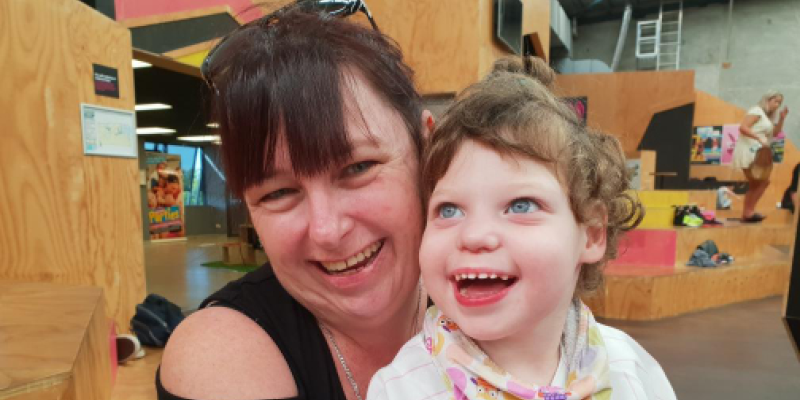 We are calling on the Community to help raise the funds needed for Amanda to buy a suitable modified vehicle for her daughter and to allow her to continue raising her twin girls at home together.

Amanda has been a victim in this situation as well as her daughter Sarah. However, for legal reasons, the perpetrator will not be identified.